Four Oaks developed, like many towns in this area, as the Seaboard Coast Line Railroad was being built. In fact, the town got its name from the railroad which chose this particular site as a supply depot for construction materials because of a unique landmark located about fifty feet off of the rail bed. The landmark was an unusual oak which had four trunks growing out of one base. The four oaks were easily recognized by suppliers. Legend has it that the unusual tree was the result of a hunting outing in which a local fellow treed an opossum in the top of an oak sapling. Intent on his prey, he chopped down the tree and retrieved his prize. Four shoots sprouted out from the stump and developed into full oak trees – and there you have, as Paul Harvey would say, “the rest of the story”. The Four Oaks Commercial Historic District was listed on the National Register of Historic Places in 2006. 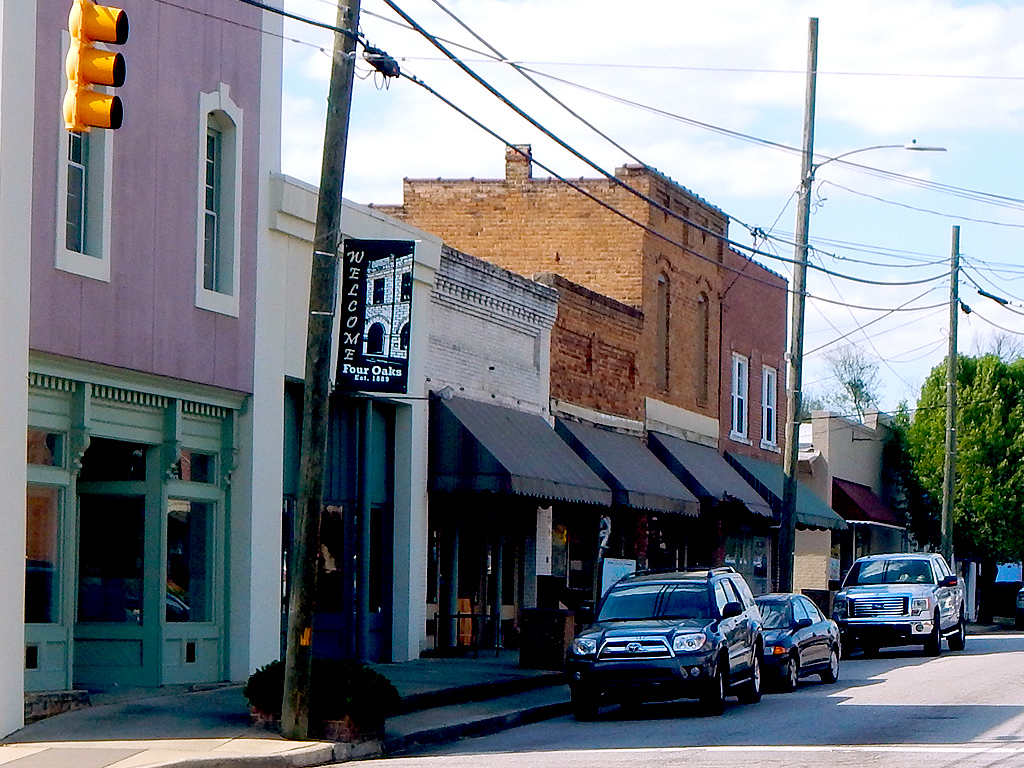 The mission of the Town of Four Oaks is to continually improve the quality of life for our residents and business community by providing responsive and efficient services.

Four Oaks, a gateway to North Carolina’s Capitol and coast, is an oasis of hospitality centered between Boston and Miami on I-95. Downtown is a center for creative local artisans with destination businesses, community events and social activity. Four Oaks is home to industry, business, family and an authentic heritage as deep as the roots of our Four Oaks trees.